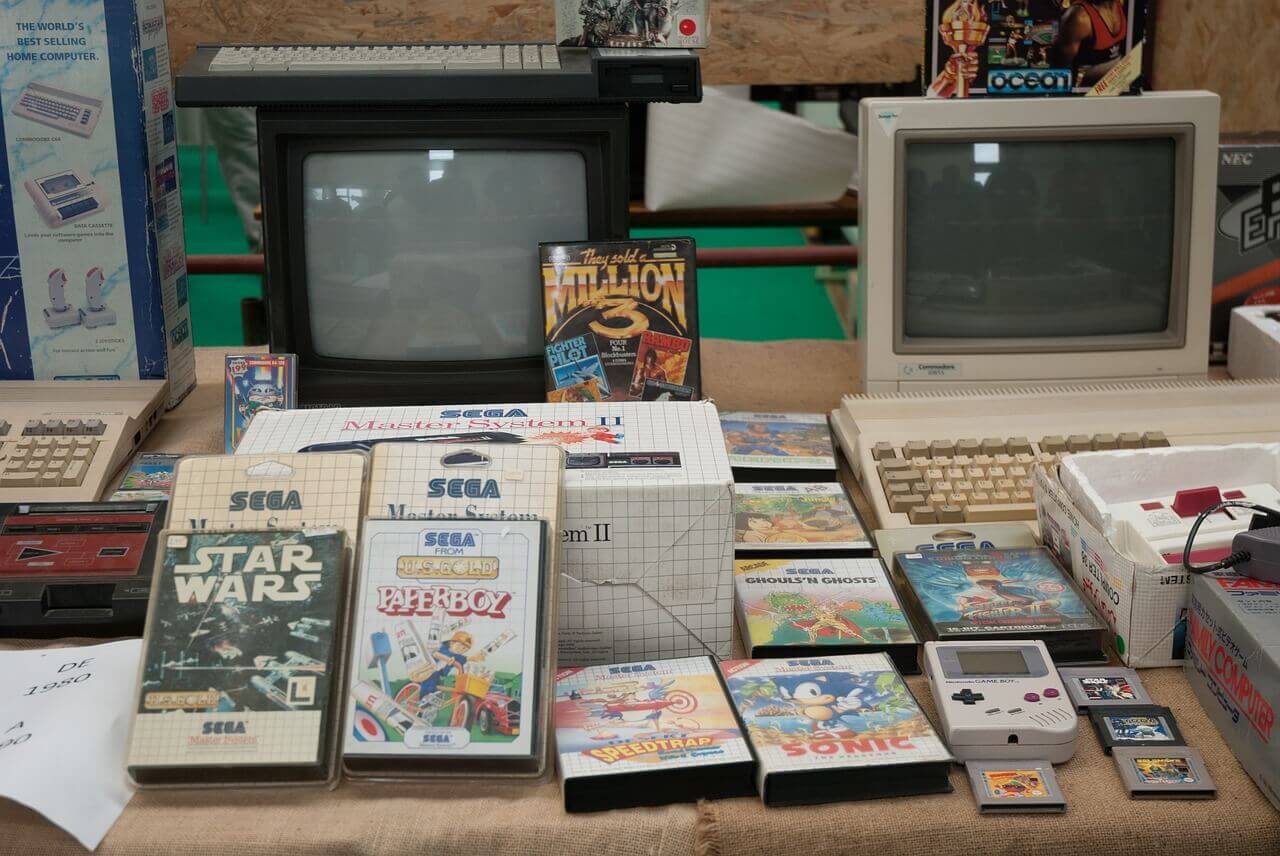 The History of Video Games

A lot of people think 1972’s Pong is the original video game, others cite Computer Space. But both are wrong. In fact, today’s leading entertainment began as far back as 1940, when computers were still in their relative infancy.

In 1940, Edward Condon created a machine which played the game Nim, which involves picking up matchsticks. Tens of thousands of players take up the challenge, but 90% of them lose to the clever device, the world’s very first computer game.

1950 is the year the first chess-playing computer programs are created. Cambridge’s computer is used to create a tic-tac-toe game in 1952. 1954 finds the first blackjack games programmed in New Mexico’s Los Alamos laboratory.

Government military war games become computerized in 1955. Arthur Samuel’s checker’s program was demonstrated in 1956, and Alex Bernstein developed the first complete computer chess program in 1957. A tennis game is created and abandoned in 1958, fourteen years before Pong video game play forever. 1959’s Mouse in a Maze follows but is overshadowed by John Burgeson’s 1960/61 development of the first baseball simulation game.

Simulations of global war follow in 1961 and by the first true computer-based video game, Spacewar! More Cold War simulations followed in 1963. The first computer programming classes began at Dartmouth in 1964. The first football simulator arrives in 1965, also from Dartmouth.

Ralph Baer conceives a video game which could be played on a television in 1966 and develops his brown box game prototype the next year. His 1968 patent leads to the release of the Magnavox Odyssey four years later, in 1972. 1970, meanwhile, saw the cellular survival game, which becomes the first viral program, as people scrambled to put it onto their computers if they had them. 1971 saw the introduction of the first version of Oregon Trail, destined to become a classic.

Nolan Bushnell and Al Alcorn develop Atari’s Pong in 1972, in a massive dedicated video machine which proves so popular that it becomes jammed with quarters and breaks down. In 1973, the first computing magazine, Creative Computing, publishes the article, 101 BASIC Computer Games, using the language utilized for Pong. 1974 introduced Maze Wars, the first practical first-person shooter.

Space Invaders machines debut in Japan and are a colossal success in 1978. Mattel’s Intellivision furthers home gaming quality and further drives the industry in 1979.

Pac-man first appeared in 1980. The home version from Atari is the first of its kind, and the follow-up, Ms. Pac-man, becomes the biggest-selling arcade game of all time. In 1981, Nintendo’s game Donkey Kong introduced a character known as Jumpman, though he becomes world famous with his own namesake title, Super Mario Bros.

Disney’s 1982 Tron is the first game/movie crossover and proves a success in both formats. In 1983, Dan Bunten’s M.U.L.E. took multiplayer games a huge step forward.

Sonic the Hedgehog is a huge hit for Sega in 1992. Real-time strategy games find their champion in Dune II that same year.

1993’s Mortal Kombat is the first game to raise objections to violence, starting a debate which rages to this very day and isn’t likely to end anytime soon. Warcraft: Orcs and Humans introduced the world of Azeroth, which will enthrall gamers consistently for decades to come.

In 1995, Sony released the PlayStation and challenged Sega’s supremacy. Sony will never move far from the forefront of video gameplay from that point forward.

The debate of sexism in video games begins in 1996 with the debut of Lara Croft in Tomb Raider.

In 2000, Will Wright’s The Sims brought reality back to video game play to stunning success, especially popular among female players.

In 2001, Microsoft introduced the Xbox and the game Halo: Combat Evolved. Both are successes and pave the way for the massive success of the Xbox 360 in years to come.

In 2002, America’s Army was the first video game released by the US government, and it’s a powerful recruitment tool. In 2003, Steam’s digital distribution platform allowed players to download, play, and update games.

Rock Band debuts in 2007, creating one of the most lucrative franchises in gaming history and changing yet again the face of home video game play, transforming players from warriors into rock stars, with guitars instead of swords. The games went on to feature music made popular by the Beatles and other classic rock bands.

World of Warcraft marks its 10 millionth subscriber in 2008, solidifying its place as the most popular multiplayer online (MMO) game.

Crowdfunding through sites like Kickstarter allows aspiring game creators to raise the millions of dollars sometimes needed for their games. 2013 introduces more mature gameplay for older gamers, with entries like Gone Home which feature complex emotional situations rather than adventurous, physical contests.

Augmented Reality game Pokemon Go is the hit of 2016 and is even referenced by Hillary Clinton during her presidential campaign.

2017 delivered the Nintendo Switch, a hybrid console with detachable controls to be used as a handheld and a tabletop console.