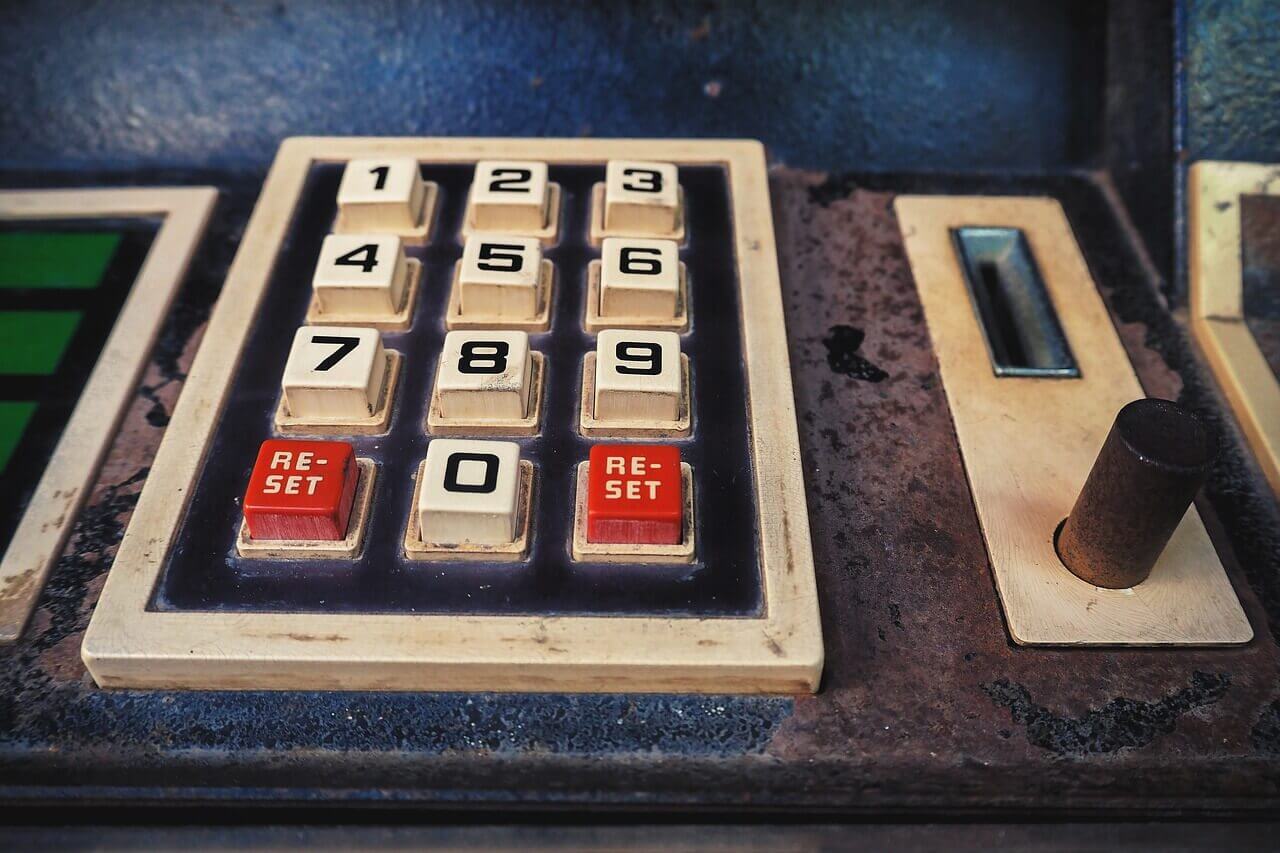 Video Game Consoles have always been at the heart of the industry. While there’s debate as to whether or not things will go on that way, there’s no disputing the place the console has in the history of home entertainment and even in the cultural development of an entire global generation, perhaps two, and almost certainly every generation to come.

Consoles are on the decline, but over 40% of North American gamers still own one, a decline of less than 10% from the decade before.

So as we contemplate the future of the video game console, perhaps this is the perfect time to take a look back and reflect on the evolution of this amazing piece of home entertainment technology and all the incredible effects it has had on almost every facet of our lives.

Experts in the history of video game development group advancements into eight generations, instigated by significant events and advancements. But there’s significant overlap in every case, so let’s take a look at each of these individually.

The 1960s delivered the very first video games, played on large computers and seen on vector displays instead of analog televisions. In 1972, electronics company Magnavox released the Odyssey, the first true home video game console, as it could be connected to an analog TV set.

The Odyssey was a moderate success with initial sales of approximately 100,000 units. When Atari’s Pong popularized video games, the game changed. Magnavox canceled the Odyssey n 1975 and released the Odyssey 100, a scaled-down version that played only Pong and hockey. The Odyssey 200 added up to four players, on-screen scoring, and a third game called Smash. The new consoles used simpler designs and kick-started the home video game console market. Increasingly inexpensive microchips allowed smaller developers to release different-looking consoles with the same basic internal structure. These consoles were dedicated to gameplay only, and only the cartridges which were designed for that console.

In 1976, a company called Fairchild kickstarted the second generation of gaming consoles when it releases the Fairchild Video Entertainment System (VES). Contemporary game consoles used cartridges, some with virtually no information, or a console with little processing power and game cartridges which contained virtually all the necessary information.

The VES changed the rule by containing a programmable microprocessor. This meant its cartridges needed only a single ROM chip to store the game’s microprocessor instructions. This led to cartridge-based consoles by RCA and Atari, the RCA Studio II and the Atari 2600 (originally branded as the Atari Video Computer System).

But there’s more to the second generation of gaming consoles, and handheld consoles are a big part of that.

Milton-Bradley’s Microvision was the first handled video game console with interchangeable cartridges. It featured a small, fragile LCD display and a ridiculously slender array of titles, and the Microvision was discontinued after just two years. 1984 saw the release of the Japanese release of the Epoch Game Pocket Computer. The console’s LCD screen produced graphics that were comparable to that of the early Atari 2600 games. Nintendo’s Game & Watch series of dedicated game systems soon eclipsed the Epoch and helped establish the popularity of handheld gaming through the 1980s.

The second generation also saw the rebirth of the home gaming console.

When Atari released a conversion of the arcade favorite Space Invaders in 1980 for its 2600 console, the industry really took off. A lot of gamers bought the console just so they could play that particular game! Console manufacturers began buying up exclusive rights to arcade titles. Throughout the early 1980s, other companies released video game consoles of their own.

In 1983, Japanese electronics company Nintendo domestically released the Family Computer (or Famicom), which supported high-resolution graphics, larger color palettes, and tiled backgrounds. Nintendo released their Famicom in the US as the Nintendo Entertainment System (NES). It used a front-loading cartridge port and a plastic robot, as the NES was marketed as a toy. The NES became the biggest-selling console in North American history and gave a much-needed shot in the arm to the American, and even the worldwide video game market. Nintendo’s stringent production limits and design contracts eliminated the potential for third-party games such as the unlicensed pornographic games designed for Atari which did much to destroy their brand. Nintendo made a superstar of plumber Mario and his brother, Luigi.

Sega’s Master System failed to compete with the NES in the US or Japan but did well in European markets. Atari’s 8-bit family of consoles continued that company’s success and helped it rebound from the failed 5200 model. Two competing 8-bit computers, the Amstrad CPC and the Commodore 64 were repackaged to compete with Atari.

Sega came out with the Mega Drive (known to North American gamers as the Genesis). Sega’s superior technology, competitive pricing, and faithful ports made it competitive against the NES.

In 1990, Sega released Sonic the Hedgehog, and the popular game created a spike in Genesis sales, just the way Space Invaders had done for Atari. By 1992 the first licensed NFL Football game was released: NFL Sports Talk Football ’93, available exclusively for Genesis and creating more than just sales. Its success created a general interest in realistic sports games, a genre which consistently dominates the market.

The fourth generation is also notable for the number of exclusive games which became popular. Both Nintendo and Sega enjoyed great success and developed terrific libraries of games.

When compact discs rose to popularity near the middle of the fourth generation, each company tried to integrate it into their systems. Sega and NEC released CD add-ons, with moderate success.

The first fourth-generation handheld was the Game Boy, which dominated handheld sales despite inferior LCD screens. It was franchising that did it: Tetris, Pokémon, and Kirby. The Atari Lynx tried to compete with linking technology, but couldn’t keep up. Neither could Game Gear.

During this epoch, home computers began to overtake consoles for playing video games. But TV connectivity and lower prices kept the gaming console, well, in the game. The Sony PlayStation is far and away the most popular fifth-generation system, eventually selling over 100 million units.

The fifth-generation consoles Amiga CD32, 3DO, and the Atari Jaguar, entered the race, though Sega and Nintendo were still leading the pack.

In the fifth generation, CD-based consoles and games could finally compete with cartridges. CD-ROMs were cheaper to manufacture and distribute and gave developers storage room on the disc for more information; that meant cinematic cut-scenes, voice acting, pre-recorded soundtracks, better storytelling overall. But it couldn’t handle 3D graphics, and so could not compete with Sega or Sony.

Sega’s fifth-generation console, the Saturn, which sold comparably in Japan, while Sega’s North American and European blanched at licensing Japanese titles as being a poor fit for Western markets.

Sony’s PlayStation dominated the fifth generation, selling over 100 million units. CDs were much more inexpensive to produce than cartridges.

Nintendo’s fifth-generation console was their Nintendo 64. It used cartridges, not CDs, which alienated a lot of leading developers. Still, Nintendo did have a lot of hits, including The Legend of Zelda: Ocarina of Time, Super Mario 64, and sold tens of millions of units.

Nintendo’s Virtual Boy was the first handheld of the fifth generation, hitting the market in 1995. But the market hit back hard, and the device was discontinued entirely by early the next year. Sega’s Nomad featured a library of 500 Genesis games but failed to survive in the competitive handheld market. Nintendo followed up its massive Game Boy success with the smaller Game Boy Pocket and the Game Boy Color.

The sixth generation brought a shift toward DVDs in video game technology. Games were longer, more appealing, and more compelling.

The first console with a built-in modem was Sega’s Dreamcast. But disappointed customers soon began returning Dreamcasts for PlayStation games and accessories instead.

The PlayStation 2 quickly outsold the Dreamcast, becoming the top-selling video game console ever.

Nintendo’s GameCube was the company’s first console to use DVDs instead of cartridges, but the GameCube was discontinued in 2007, replaced by the Wii.

Microsoft’s Xbox was the first console to employ a hard drive for saving games and was also the first to include an Ethernet port for broadband internet connectivity. There was also Microsoft’s online Xbox LIVE service.

The handheld market expanded in the sixth generation. Nintendo’s maintained its dominant share of the handheld market with the release in 2001 of the Game Boy Advance and its follow-ups gave the venerable company continued dominance in the market.

The sixth generation saw the addition of non-gaming features to their handhelds, such as MP3 players, cell phones, and video players.

By this time, video game consoles were everywhere, representing 25% of the entire world’s general-purpose computational power for the year 2007. The seventh-generation is notable for introducing new disc formats: Blu-ray Disc (PlayStation 3), and HD DVD (Xbox 360). Motion as input and IR tracking (as seem with the Wii), wireless controllers and touchscreens, were also notable improvements of the era.

Microsoft kicked off the seventh generation with the release of the Xbox 360, which played DVDs but not Blu-ray discs.

Sony’s PlayStation 3 came with a hard drive and can play Blu-ray Disc games and movies. The PlayStation Move played motion-controlled games like those designed for the Wii, and software updates allow the PlayStation 3 to play 3D Blu-ray movies and games.

Nintendo’s Wii was released globally throughout 2006 and went on to sell 101 million units. Uniquely among seventh-generation systems, the Wii used internal Flash memory and a removable SD card for storage instead of a hard drive. The Wii is notable for its low price, unique controller, the Wii Remote, which resembles a TV remote.

The Nintendo DS kicked off the seventh generation for handheld devices, offering a touchscreen, wireless connectivity, and a microphone to speak directly to in-game NPCs. In 2004, Sony released its first handheld, PlayStation Portable (PSP).

The seventh generation also marks the rise of competition between dedicated handheld gaming devices and increasingly powerful PDA/cell phones, mobile devices such as the iPhone and iPod Touch.

This generation continues to use seventh-generation technology and has seen a decline in console dominance in gameplay.

Microsoft’s eighth generation console, the original Xbox One, has been upgraded in this generation, the X model and the S model. Nintendo’s eighth generation release, the Nintendo Switch, is a hybrid console, a tablet with detachable controllers, which can be connected to a television or used as a mobile device.

Mobile device platforms like Apple’s iOS and Google’s Android operating systems further challenged the gaming console in the eight generation. Roughly a quarter of the global population were (and are) using smartphones. Low-cost games specially designed for these devices, (Angry Birds, for example) become the new competition for classic game systems and the games they run.

But the news wasn’t all bad in the eight generation. PlayStation 4 and Xbox One both sold millions of units by mid-2018, even more than their seventh generation predecessors. The Wii U ceased production at the beginning of 2017, falling well behind the Nintendo Switch in sales.

So there you have an eight-generation, sixty-year survey of the evolution of the home video game console. Time to plug into your favorite and have some fun!